About Our Pipe Organ

The Chapel organ, Aeolian-Skinner’s Opus 912, was in use at the old church site in downtown Houston and was moved to the present campus in 1948. The organ is a rich-sounding instrument, characteristic of the work of Mr. Ernest M. Skinner (1866-1960), who had merged his company with the Aeolian Organ Company at about the time this organ was designed.

The Sanctuary organ, the firm’s Opus 912A, was designed for the new campus and installed in 1948-1949. Initial work on the organ had begun roughly ten years earlier, but due to World War II, a materials freeze halted assembly progress until the late 1940’s. The organ is primarily the work of Mr. G. Donald Harrison (1889-1956), an Englishman who apprenticed with Henry Willis & Sons, Ltd., before moving to the U.S. in 1927.

Harrison eventually became the President of Aeolian-Skinner and worked tirelessly on hundreds of instruments until the day he died of a heart attack in 1956. His work in this country was responsible for the ensuing eclectic qualities of what is now called “American Classic” organ building. This approach combines tonal resources of various countries into a single instrument, achieving at the same time a tonally cohesive whole. Harrison’s result was a huge legacy of instruments nationwide that can render satisfactory performances of music from all eras of music history. The First Presbyterian organs are no exception.

In 1992-1993, Schoenstein & Company of San Francisco rebuilt both instruments with careful preservation of all original tonal properties in mind. Minor alterations made to the Sanctuary organ include:

Relocation of the Swell 16-ft. Fagotto to the Pedal

Addition of a 16-ft. Contre Trompette to the Swell

Addition of an 8-ft. Harmonic Flute to the Great

Addition of a IV-V Plein Jeu and an 8-ft. Tuba to the Choir

Addition of a 4-ft. Chalumeau and two Walker® 32-ft. stops to the Pedal

The Sanctuary organ console also received new bone keyboards, additional general pistons for a total of 10, additional divisional pistons for a total of 8 per division, and a Solid State Logic operating system with 64 levels of combination memory. The organ now has 72 ranks and 4108 pipes. In 2001, the SSL combination memory levels were increased to 128.

The Chapel organ underwent major alterations to reverse earlier changes, thus restoring much of this instrument’s original tonal character. Primary documentation for this organ is lost, so the restoration was based principally on prior knowledge of this vintage, rather than on definitive correspondence or archives. This organ now has 11 ranks and 703 pipes. 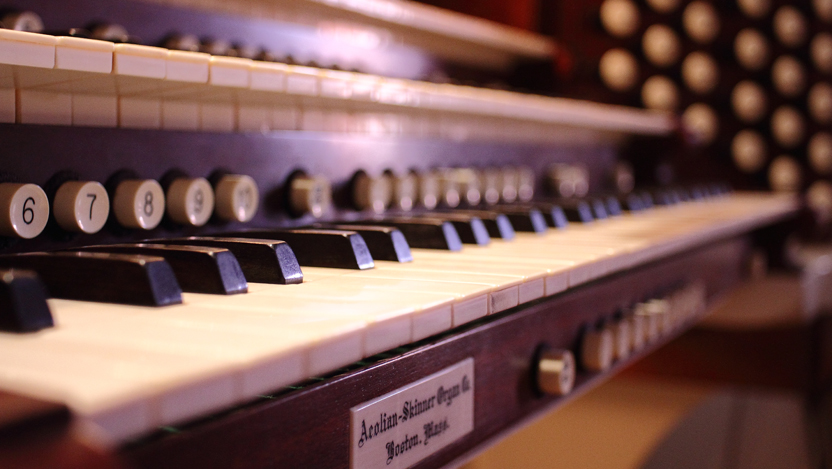 The Sanctuary organ was the next instrument Aeolian-Skinner installed after completion of their magnum opus at the Mormon Tabernacle in Salt Lake City. Interestingly, Schoenstein restored both the Tabernacle and the First Presbyterian organs back-to-back and in that same order.

Regarding the use of the organs here, the congregation of First Presbyterian Church is proud of its resources in these instruments. The people demonstrated enormous support through enthusiastic funding of the restoration projects, eager anticipation of the finished products, and obvious continuing pride in the results.

The worship spaces are acoustically superb, particularly the Sanctuary. This congregation enjoys a healthy singing atmosphere, and the organs work well to encourage vibrant participation both in hymn singing and in choral work.

The Sanctuary organ console also received new bone keyboards, additional general pistons for a total of 10, additional divisional pistons for a total of 8 per division, and a Solid State Logic operating system with 64 levels of combination memory. The organ now has 72 ranks and 4108 pipes. In 2001, the SSL combination memory levels were increased to 128. 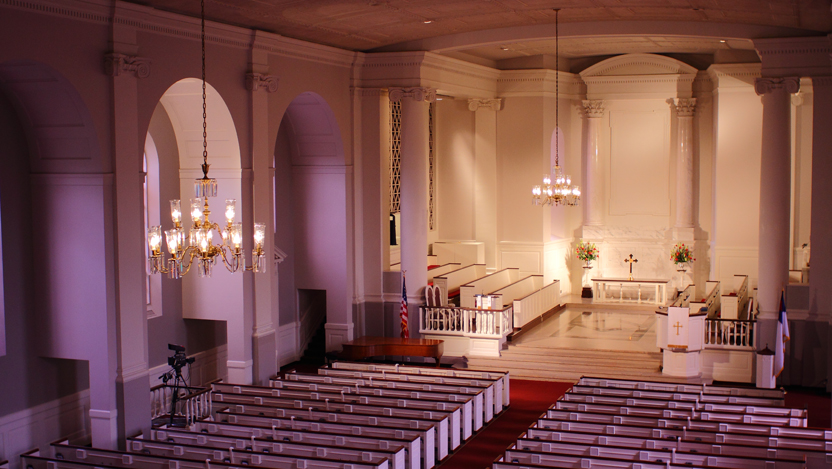 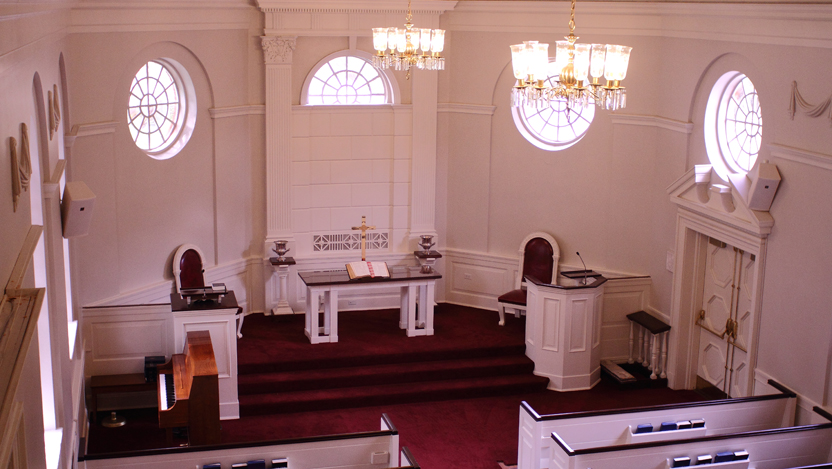 Maintaining the musical excellence provided to the church and community with these historic vintage organs requires great knowledge, skill and dedication to the instruments. Technicians provide conscientious and thorough care for both instruments.

Guest organists are welcome to play the instruments and should contact Claudia Dyle for details. Visitors and groups of all sizes are encouraged to see and hear the instruments. Children are always welcome! For a guided demonstration or questions about the organs, please do not hesitate to email Claudia Dyle or contact her via phone at 713.620.6382.